Yesterday I asked Trav what kind of cake he wanted for his birthday. He surprised me with saying, “I don’t know. Something different”.

I’ve been making German Chocolate cake for him ever since I’m met him. I guess it was time I heard that.

But it threw me for a loop. After I asked him millions of questions and probably annoying him, he finally said something with chocolate.

This is what I came up with. 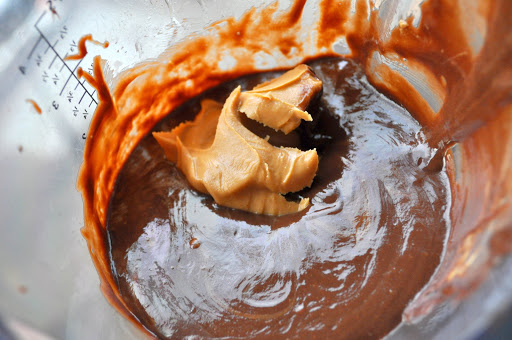 The frosting/glaze. Just melted chocolate frosting with peanut butter. Loads of peanut butter. Tons had already been melted into it before this picture- this little bit was the finishing touch. 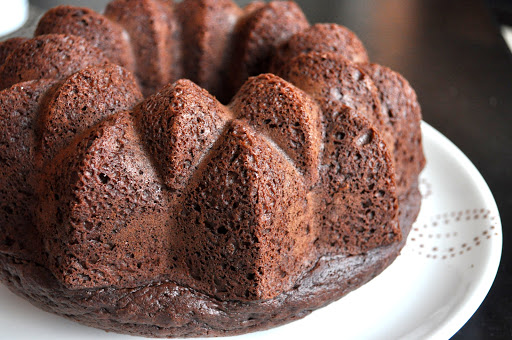 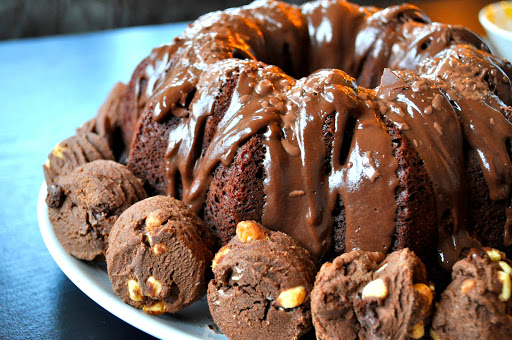 The finished product. Peanut butter glaze with chocolate cookies with white chocolate chips. Everything was store bought. Whipped up quickly juts because I needed to get pictures before the sun went down. Priorities. 😉 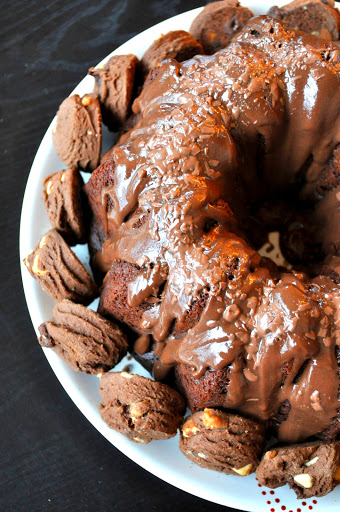 The top is made of melted chocolate shavings. They looked so pretty as I was putting them on but because I was impatient they melted on the warm-ish cake. Learn from my mistake- let it cool ALL THE WAY. Then you don’t have to worry about decorating it in any way.