OK, for those of you who read my blog on a fairly consistent basis, yes I am blogging about the same cinnamon roll biscuits that I made about a month ago. I felt I cheated you out of the process by only showing you the end result. So, since I was going to make them this morning I documented some steps for you in case you are interested in making them. (and you should, it takes…maybe 10 min to whip these up! 20 max with baking and all.  here is the recipe)  I added regular raisins, golden raisins and dried cranberries to the dough. I’m so glad I did. I also made it with whole wheat flour and didn’t make these with heavy cream but with whole milk and they turned out great. So technically…could these be considered healthy cinnamon rolls?! I think I’m on to something… 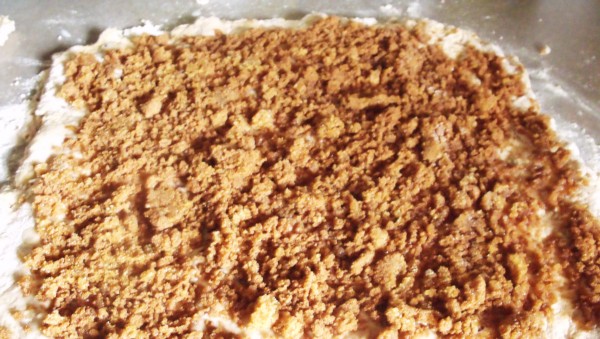 Sorry for the blurry-ness. No excuses but a bad picture. This is the dough patted out into a rectangle and the filling mixture ready to be rolled together. (you could put nuts in here now, but I’m not a fan of nuts so not happening in our house. But a good idea none the less) 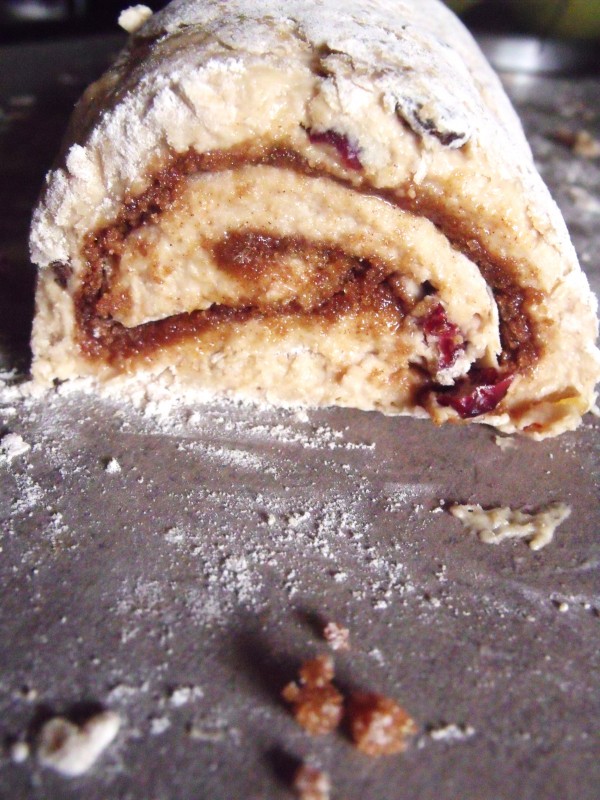 This pretty roll is being cut into 1 in” pieces and then placed in a non greased pan. Isn’t it gorgeous not even cut up?! I could just stare at it and say, ‘Mmmmm’. 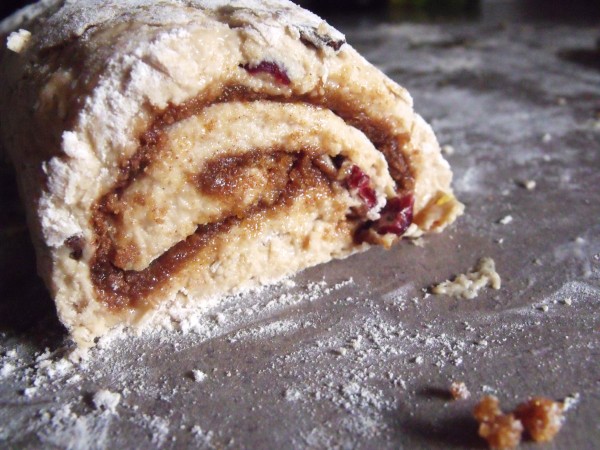 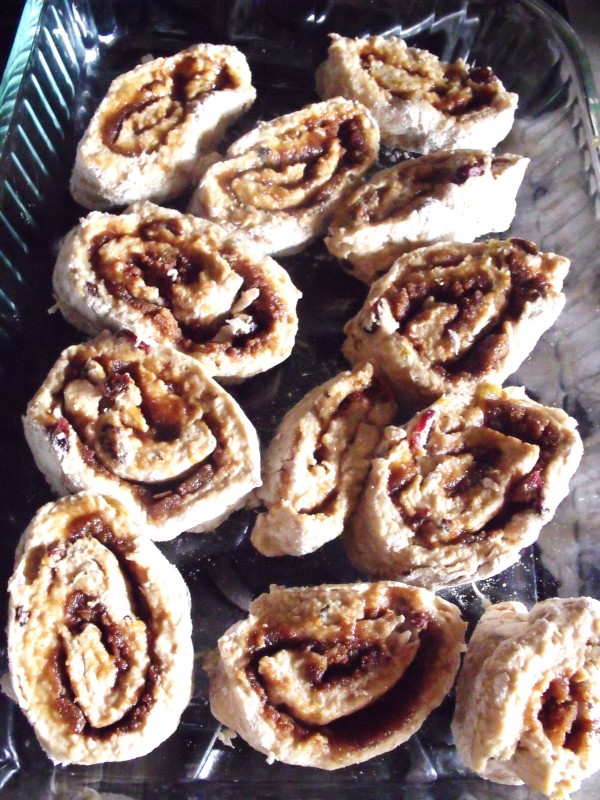 Before baking in my pan. You want to give them their own private space and not stuff them up next to each other. Even cinnamon rolls need a little space people. 🙂 (the recipe says it yields 9, but as you can count, I got 12 out of the roll) Baking time! – 400’F until they’re golden brown. 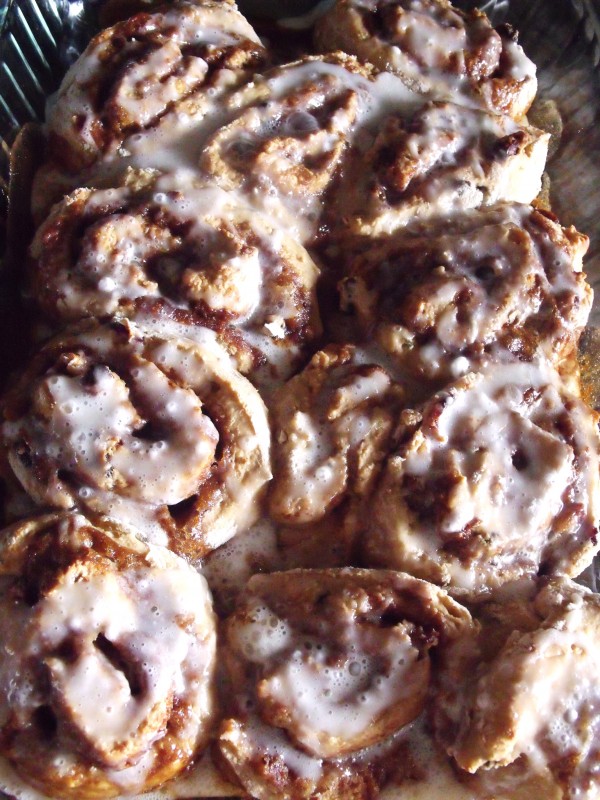 See what happens? Just like teenagers, you give them their space and they in turn will grow and become attached to you. (Or so I hear, but don’t listen to me, I don’t have a teenager) I made the icing. 6 Tbl powdered sugar and 4 t milk. I made more because who wants a little icing drizzled on a cinnamon roll?! I doused mine. 🙂 And they turned out just great. 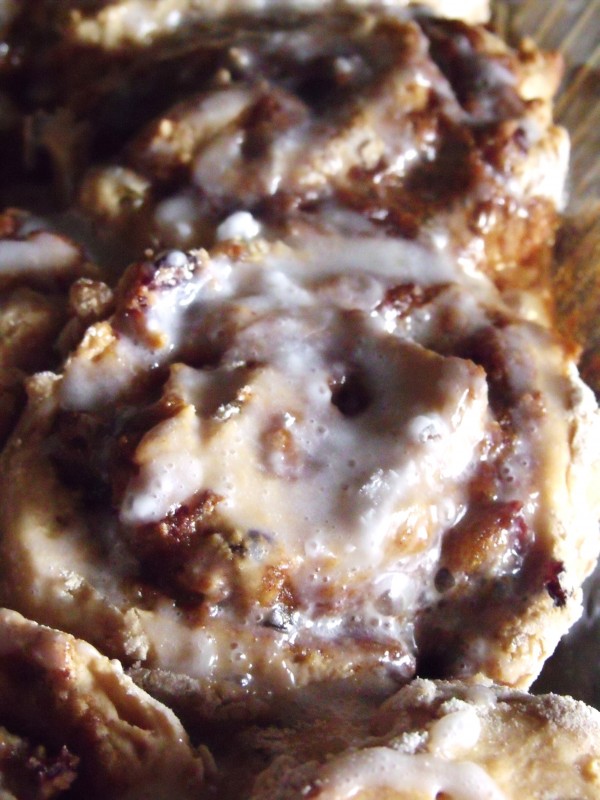 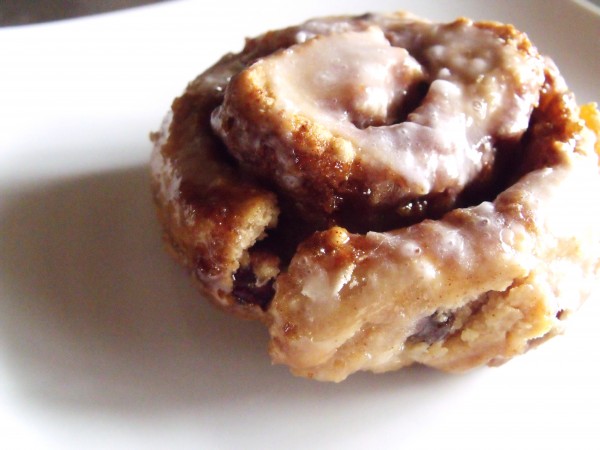 I hope you make them and if you do, please let me know and I would LOVE to go to your blog, see them and comment!